I used to occaisonally run along the grassy lane after school. I ran to create warmth against the winter sleet and rain. I ran to avoid the drudgery of walking. I was in a hurry to get home to be warm, to eat and to watch television. As soon as I learned to ride a bicycle I would always choose to ride over running. 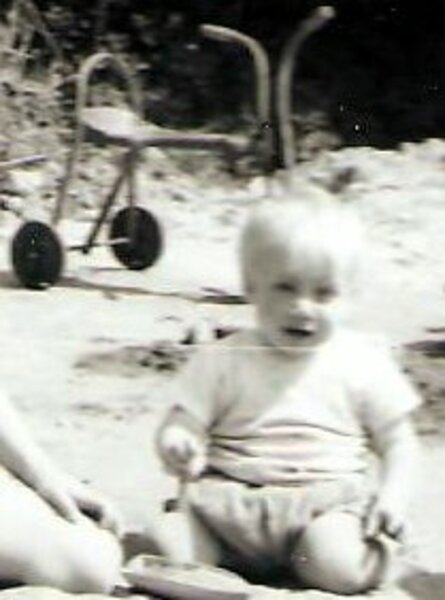 I hope I will never forget when I first rode a bicycle by myself. I was left on my own as my Mum and my brothers walked across the fields to visit our neighbours Reg and Val. On the rocky lane outside one of Carthveans rambling sheds the dirt was a bit smoother. The bicycle was much too big for me. Hopping on my right foot, my left leg hooked up and over the crossbar. I jumped on and pushed on the pedal with my toes. I had been trying for quite some time, my balls hurt and my knees were grazed. It was a large iron bicycle which rolled with increasing deliberation. The rusty handlebars were heavy to steer and each time I made a start it ended with a veering unbalancing and some awkward hopping and falling. Each time the bike rolled a little more I felt a surge of exhilaration. My legs and elbows bleeding and burning with the grazes. I was ready to give up but just could not. Just about bursting with frustration I finally began to roll along. The bike began to be carried down the gentle slope. I clenched onto the handlebars trying to control the veering and the balancing. Unsure if I should stop pedalling at first. The front wheel bucked through a dry rocky puddle almost shaking the handlebars from my hands. I stopped pedalling and realised my hands where too small to reach the brakes. My heart was pounding in my chest, eyes wide and mouth dry. Jolting over rocks and through the potholes the bicycle and I picked up speed. All my concentration and strength was on not-falling-off. Brief snatches of smooth ground would give me time to panic as the speed increased and I had no way of stopping. Ahead of me was a slight bend in the road, a puddle and the bottom of the small hill. I remember thinking that I had to either make it around that corner or somehow reach the brake handles and slow down. I looked ahead at the ground picking the smoothest pathway, I was working it out. I managed to sort of grab the brakes and slow down. I managed to get around the corner. I veered, unbalanced performed some awkward hops and fell onto the rocks. It was magnificent. I had not died. Victory blood oozed from my grazed knees. I rode on to Reg and Vals. I lost control of the bicycle as it bounced down their lane, unable to hold the brakes. I would have made it had Reg not parked his tractor outside the kitchen window. My sensational first ride ended up with me smashing into the grill of his red rusty Massey Ferguson and sliding under the front wheels. I twisted my thumb as I fell and apart from the grazes to my knees, my raw elbows and the thumb I was hooked. 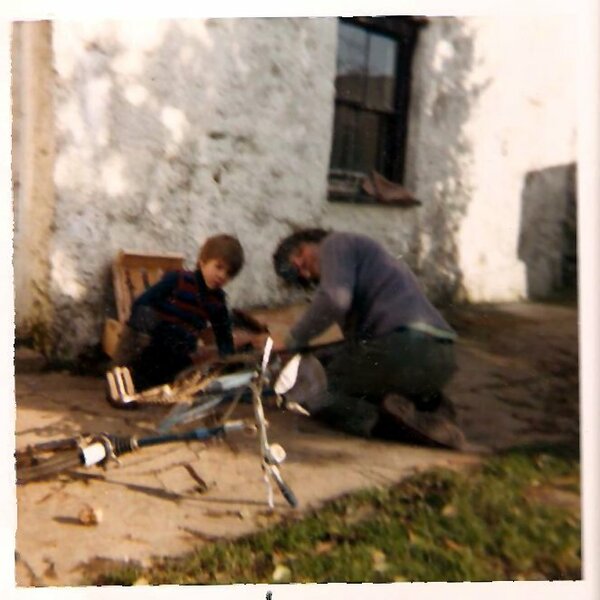